HUNTINGTON BEACH, Calif/USA (Sunday, July 31, 2022) - The Vans US Open of Surfing, Stop No. 4 of the World Surf League (WSL) Challenger Series (CS), continued with more impressive performances in building two-to-three foot, occasional plus swell, as men finished their Round of 96 before the women made their big debuts. An expected storm began showing its presence to heighten the excitement of incoming swell, and competitors capitalized on every opportunity despite high tide lulls.

A Challenger Series superheat unfolded in the Round of 64 Heat 7 featuring CT phenom Caroline Marks (USA), former CT veteran Keely Andrew (AUS), Ultimate Surfer runner-up and qualification threat Brianna Cope (HAW), and decorated emerging threat Zoe Benedetto (USA). Marks left her competitors vying for second-place after a jaw-dropping start to her heat to earn an event best so far 16.07 (out of a possible 20) heat total, including an excellent 8.67 (out of a possible 10). The former two-time Pro Junior victor now looks to add a Vans US Open of Surfing title to her resume and return to atop the podium once more.

“It’s always an event I look forward to every year and it’s good to see the swell start to pick up this afternoon a little bit and into tomorrow,” said Marks. “It’s great to see the full set up back, the crowd is here, and my whole family is here so I’m super excited. I have a special relationship with this wave and I always look forward to the challenge of some tricky heats, as well as some really good heats.”

Two-time Vans US Open of Surfing victor and face of Huntington Beach surfing, Courtney Conlogue (USA), debuted in spectacular form. Growing up and learning her craft at this very break, Conlogue’s experience and knowledge is unmatched and something she utilized brilliantly in her Round of 96 victory to accrue a 12.43.

“I spend about 250 days a year on the road so there’s nothing like being here and surfing in my backyard is really special,” said Conlogue. “The environment and energy of Southern California radiates fun and excitement. I love competing here and feeling that energy all week."

The CT Mid-Season Cut left the bottom half of competitors on the outside looking in and continue their hunt to rejoin the world’s best in 2023. Luana Silva (HAW) was a part of the rookie class that had to return to the Challenger Series and she’s making her presence known among the women’s debuts with a 13.03 heat total alongside a big heat win from former CT competitor and current Challenger Series No. 5 Macy Callaghan (AUS).

“I never look too much into the heat draw because you can have the top guys in the event and they’ll have a shocker or I could have a shocker,” said Wilcox. “Conner (Coffin) and Jett (Schilling) are both so good and I just had to be patient, wait for my waves, and I’m glad I got the opportunities I did to turn them into scores. It’s big for the confidence when you win battles like that and I’ll look to keep this going throughout the event.

Jacob Wilcox (AUS) fired up as he progresses through to the next round. - WSL / Ryder

Southern California’s representation continued with another victory via Nolan Rapoza’s buzzer-beating air to go from third to first place, and eliminate high-seed competitor Maxime Huscenot (FRA). The 2021 Vans US Open of Surfing Semifinalist started the Challenger Series year brilliantly with a Semifinal finish at Snapper Rocks, but has since struggled and now looks to find his rhythm near home.

“I’m over the moon,” said Rapoza. “It’s always stressful competing in your backyard because you don’t want to disappoint all your hometown supporters. I can’t wait for the next one and hopefully get some momentum from this win.” 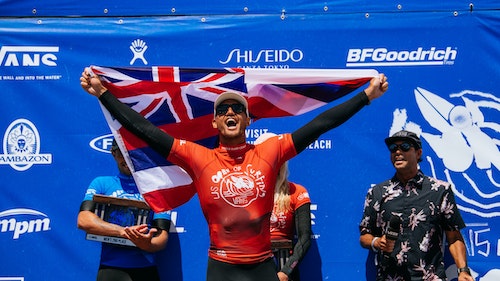 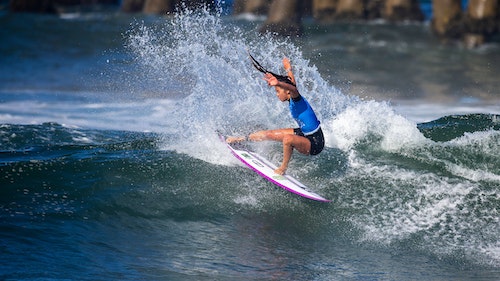 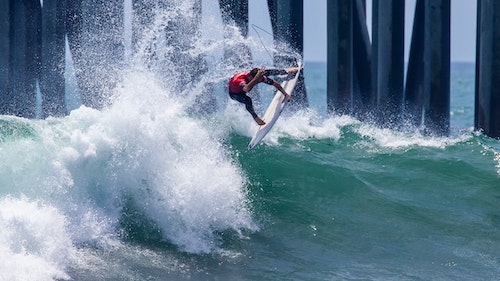 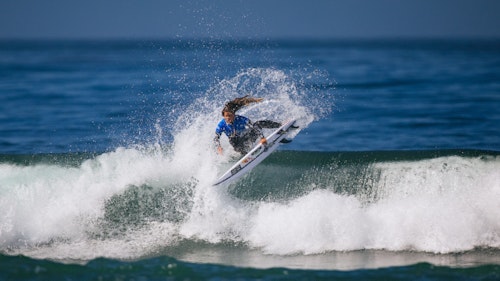 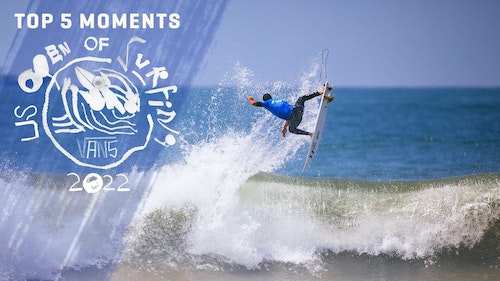 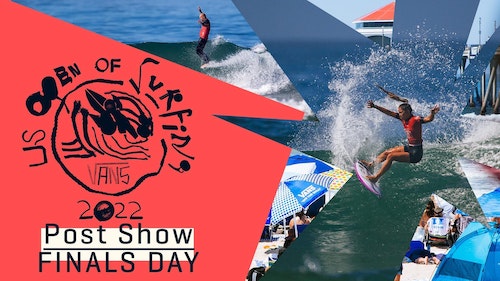 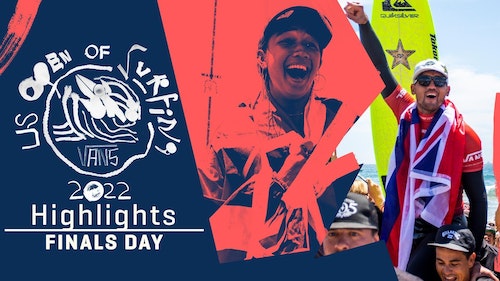 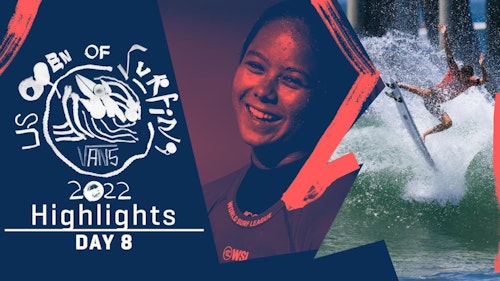 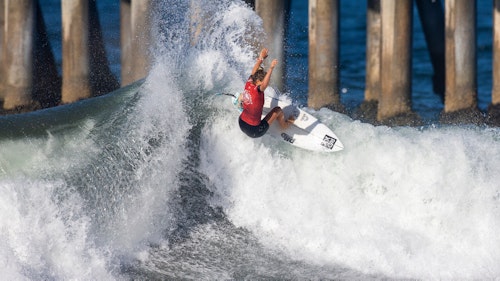